Four UC San Francisco faculty members are among the 75 new members and 10 international members elected to the National Academy of Medicine (NAM), one of the highest honors in the fields of health and medicine.

Membership in the NAM recognizes individuals who have demonstrated outstanding professional achievements and commitment to service in the medical sciences, health care and public health. This year, the UCSF faculty to join this distinguished group are: 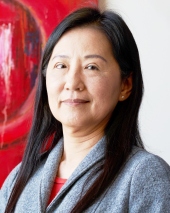 Fu, a member of the UCSF Weill Institute for Neurosciences, studies the genetic basis for human circadian rhythms and sleep behaviors. Her lab has identified mutations that underlie various heritable sleep patterns, including extreme “morning lark” behavior (Familial Advanced Sleep Phase) and natural short sleep behavior. Since circadian rhythms and sleep homeostasis are intimately connected with many physiological pathways including metabolism, immune function, and mood regulation, and have been linked to diseases such as Alzheimer’s, Fu’s studies are shedding light on sleep’s impact on health. In earlier work, Fu also studied myelin biology and the genetics of demyelinating disorders.

This year, Fu was elected also to the National Academy of Sciences. She joined the UCSF faculty in 2002. 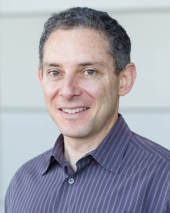 Klein is chief of UCSF’s Division of Medical Genetics and chair of the Division of Craniofacial Anomalies. His lab studies how organs form in the embryo and how they renew and regenerate in the adult, with a long-term goal of learning how diseases result from abnormalities in these processes. Klein focuses on understanding how adult stem cells enable regeneration of dental and craniofacial tissues and on the ability of the mammalian gastrointestinal tract to renew itself.

Klein has previously received the E. Mead Johnson Award from the Society for Pediatric Research and the Craniofacial Biology Distinguished Scientist Award from the International Association for Dental Research. He is a member of the American Society for Clinical Investigation and a fellow of the American Association for the Advancement of Science. 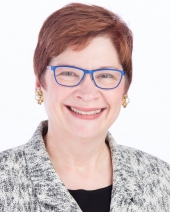 Lucey oversees undergraduate, graduate and continuing medical education programs, faculty development, educational research, and instructional technology at the UCSF School of Medicine and the Office of Medical Education. She has taught workshops and seminars nationwide on clinical problem solving, medical error, professionalism, and leadership. She helped design the School of Medicine’s new Bridges Curriculum and has been an advocate for using education to advance the quality and safety of patient care and to prepare leaders capable of solving current problems in health care and health care delivery.

Lucey is a fellow of the American College of Physicians and past chair of the American Board of Internal Medicine. She completed her residency in internal medicine at Zuckerberg San Francisco General Hospital and joined the UCSF faculty in 2011. 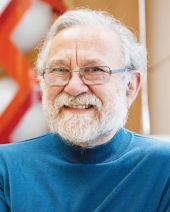 Walter studies how cells control the quality of their proteins and organelles during homeostasis and stress. His lab is identifying the machinery and mechanisms that ensure proper protein synthesis, folding, and targeting, as well as the pathways that allow organelles to communicate and regulate their abundance. He helped elucidate the unfolded protein response (UPR), a cellular quality-control system that detects disease-causing unfolded proteins and directs cells to take corrective measures. The UPR is implicated in diseases ranging from Alzheimer’s to retinitis pigmentosa. Walter’s most recent work centers around a molecule discovered in his laboratory called ISRIB, which reverses the inhibition of protein production caused by the integrated stress response. Studies suggest ISRIB may reverse some of the cognitive deficits that follow traumatic brain injury.

Walter is a Howard Hughes Medical Institute investigator and has received some of the most esteemed prizes in biomedical science including the Breakthrough Prize in Life Science, the Albert Lasker Basic Medical Research Award and the Shaw Prize in Life Science and Medicine.

New members to the NAM are elected by current active members. This year’s elections bring UCSF’s membership in the NAM to 106.