Home » A Day in UCSF PRIME - The Soda Tax

A Day in UCSF PRIME - The Soda Tax 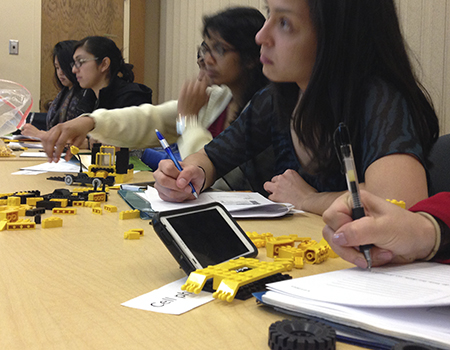 We PRIME students gather regularly to discuss caring for the underserved. Recently, after a morning filled with renal physiology, the San Francisco Health Improvement Partnerships (SFHIP) let us play with LEGOs on the third floor of the nursing building. After a quick round of introductions, one of the SFHIP staff handed out the plastic blocks along with instructions on index cards. I looked down at mine and read “Car—30 seconds.” At the end of the 30 seconds, my car looked like a horse-and-buggy without the horse. We all laughed as we looked around at the creations.

James Rouse, the program coordinator who had handed us the LEGOs, began to debrief the activity. Did we all meet the goal dictated by our individual index cards? Well, no not really. What happened? We all called out different challenges— unequal distribution of LEGOs, unequal time allotment, those with leftover time couldn’t share it with someone else, and each of us had to work individually. In essence, we lacked coordination.

SFHIP is a collaboration between UCSF and public, private and nonprofit partners aiming to link research with practice in order to improve health in San Francisco. I fiddled with the LEGOs as I listened to their presentation. For PRIME students, this would be the beginning of a longitudinal project we would be doing with SFHIP. Half of us would work with them on alcohol policy, the other half on sugary drinks.

Carpooling, we drove to the Tenderloin, a neighborhood with glaring health disparities and visible homelessness. We crowded into a local YMCA already packed with children, community activists, elected officials, physicians and members from the news media. It was the San Francisco Soda Tax’s community awareness campaign launch. The initiative is set to appear on the November ballot.

A young Latina woman, part of the Board of Supervisor’s Youth Commission, stood at the front of the room and shared her story. She grew up in the Tenderloin and saw the detrimental effects sugar was having on the health of Latinos in her community. SF Department of Public Health maps show staggering rates of diabetes hospitalization rates from those neighborhoods with the highest soda expenditures. A primary care physician from the San Francisco General Hospital noted that the same ward that once housed the 1980’s AIDS patients has become an unofficial diabetic ward, filled with patients suffering from the disease’s complications. A city official spoke about sugar’s effect on health, and a young Latino slam poet performed a poem about his own story as an immigrant and the health challenges in his community. His poem, titled “Lost In Translation”, told of “labels with words we can’t read and Fanta commercials promising to quench our thirst.” Children sitting in the front with their shiny water bottles cheered and laughed as different spokespeople stood up and talked in favor of the soda tax. As the event ended and people mingled, I felt energized by the community engagement on the issue.

PRIME is what keeps me focused on what’s important to me. It is why I chose to come to UCSF, and a couple of months into my first year I can honestly say it’s been the best decision I could have made. My PRIME-mates (as we call ourselves) have become my family and closest friends.

The PRIME-US program is a five-year program aimed at equipping medical students with the skills, leadership and support needed to care for urban underserved communities. PRIME students take a year off after the 3rd year to pursue a master’s degree. In addition to seminars and site visits, PRIME students also lead and partner with city organizations to conduct community projects.

This article was originally written by Faby Molina, MS1 and published by the UCSF School of Medicine. It first appeared on the student-run blog mdadmissions.ucsf.edu.