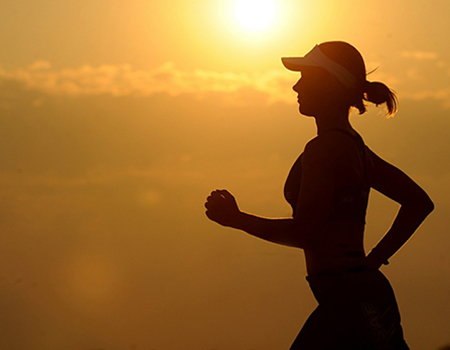 In a previous article, I wrote about my experiences in reproductive health care and how they have shaped my views on approaching patients. To follow up, I asked UCSF experts in reproductive health care what their research has unearthed about how women make choices and how clinicians can facilitate the decision-making process. This area of research is becoming increasingly popular as patient-centered care becomes the new standard, replacing the “doctor knows best” practice of medicine.

I spoke with Christine Dehlendorf, MD, MAS, professor of family and community medicine and expert in the field of communicating with patients about birth control counseling. Her research has revealed that most patients would prefer if clinicians first asked about the patient’s preferences, gave a recommendation based on those preferences, but left the final decision up to the patient. It is more likely that the clinician tells the patient information about every birth control method available and gives no decision support, or alternatively offers only methods the clinician prefers.

So what does a patient-centered consultation look like in practice? Dehlendorf always begins by asking the patient what her birth control preferences are. Perhaps she probes further into the areas of method frequency, time of return to fertility after stopping, side effects, or effectiveness. She tailors the medical information she shares to what is most useful to the patient. She might have to constantly adjust her counseling strategy based on the patient’s answers—that might mean ending the conversation if it is clear the patient has made up her mind.

Dehlendorf’s research responds to a recent trend of physicians “pushing” long-acting reversible contraceptives, like intra-uterine devices and implants, on their patients because they result in the lowest rates of unplanned pregnancy. In her lecture at the North American Forum for Family Planning, Dehlendorf said, “in contrast to many other medical conditions, like asthma, diabetes, and hypertension, where the potential outcome – such as intubation or stroke – is uniformly negative, unplanned pregnancy is much more complex.” An unplanned pregnancy may be a happy surprise to one person and as bad as a stroke to someone else (or somewhere in the middle). One woman may feel a sense of security by taking a pill each day. Another may care most about the side effects and less about pregnancy prevention. It is important to promote policies that improve access to contraceptives and other public health campaigns to prevent unplanned pregnancies. However, a clinician’s first job in the exam room is to trust the individual patient “to make an informed decision” in choosing the contraceptive that fits most closely with her reproductive plan.

Adapting to Your Patient

I met with Jennifer Kerns, MD, MS, MPH, professor of obstetrics, gynecology and reproductive sciences and a principal investigator with the Bixby Center for Global Reproductive Health. She noticed that many of her patients diagnosed with fetal anomaly who decide to terminate the pregnancy choose dilatation and evacuation (D&E), rather than induction termination (also called medical abortion). D&E and medical abortion are equally safe, effective, medically appropriate for most patients, and available at UCSF. Given these similarities, what goes into a person’s decision to choose one procedure over the other?

Kerns discussed the themes that emerged from a study of twenty-one patients who underwent second trimester termination due to pregnancy complications. Seven of the study subjects were not offered the choice between D&E and medical abortion by their gynecologist and expressed frustration at this fact. One woman was not offered a D&E, but was so determined that it would be a better procedure for her, “she found a provider several hours away from her home” to do it. It was remarkable to me that two women could choose different procedures but for the same reason: to have the care that is most in concert with her emotional coping style. So what does this mean for clinicians? Kerns concluded that the best way forward for clinicians performing a counseling session about anomalous pregnancy options is to ask the patient about her values and preferred coping style in order to inform the final decision.

Looking to the Future

Keep your eye out: more UCSF studies on women’s preferences in reproductive health are forthcoming. Miriam Kuppermann, PhD, MPH, professor of obstetrics and gynecology and reproductive sciences, collected data from 250 women who previously had cesarean sections, were pregnant once again, and were deciding whether to try to have a “vaginal delivery after cesarean” or to schedule a repeat cesarean. Using these data, Kuppermann’s team created an interactive and personalized app to help women through the process of deciding whether to attempt labor after cesarean or a second cesarean. The team is currently testing the app in a randomized trial to see how well it works. Hopefully, the project will lead to more individualized and patient-centered care as well as improved maternal and child outcomes.

Thanks to researchers like Dehlendorf, Kerns and Kuppermann, my generation of doctors will have more tools to help our patients make informed choices than ever before. Even with the School's curriculum emphasizing patient-centered care, incorporating patient preferences seamlessly into clinical practice can feel like an overwhelming undertaking. I have been impressed by the interns and young residents I have met in my first year clerkships who have demonstrated patient-centered communication styles. Their example gives me confidence to continue following this line of research and make patient-centered communication second nature.

This article was originally written by Zoe Kornberg, MS1 and published by the UCSF School of Medicine.