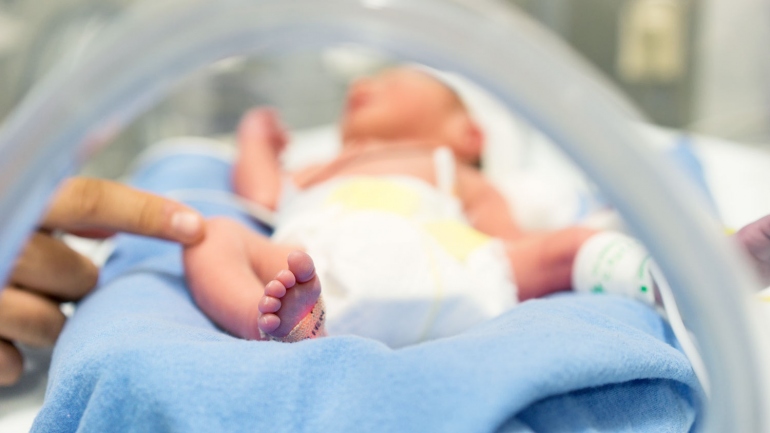 Preterm labor, a common pregnancy complication, has long been a mystery to scientists. But a new study from UC San Francisco shows it may sometimes happen when the fetal immune system “wakes up” too early and begins to reject the mother, causing the uterus to start contracting. 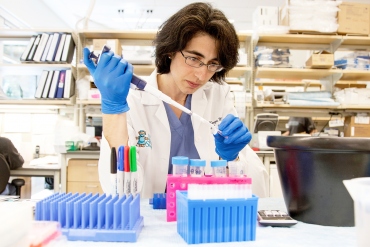 “The dogma has always been that the fetus has a very immature immune system, and as a result, people haven't really considered its possible role in pregnancy complications,” said senior author Tippi MacKenzie, MD, associate professor in the UCSF Division of Pediatric Surgery and the Fetal Treatment Center. “We showed that in patients who have preterm labor as a result of some kind of infection or inflammation – the most common cause of preterm labor – the fetal immune system awakens prematurely and may trigger labor.”

In the new study, published April 25 in Science Translational Medicine, the researchers tested umbilical cord blood, which contains fetal cells, along with blood taken from 89 women who had healthy pregnancies and 70 who went into early labor. But the scientists saw no signs of an immune response in the mother’s blood. Instead, they detected activation in two types of immune cells in the cord blood of preterm infants. The researchers also found greater numbers of the mother’s cells circulating in the cord blood of preterm infants.

However, during preterm labor the infant’s immune system was found to be activated specifically to attack the mother’s cells. The researchers detected higher levels of both dendritic cells and effector T cells in the cord blood of preterm infants; dendritic cells present foreign substances to the T cells to signify that they are a potential threat, and T cells – the primary fighter cells of the immune system – then mount an attack by releasing inflammatory chemicals.

T cells from preterm infants made significantly higher levels of these inflammatory chemicals, TNF alpha and interferon gamma, than those from full-term infants, and in a laboratory model of uterine contraction, the researchers discovered that these chemicals induced contraction of uterine cells.

“If you're a fetus and your immune system is developing in a healthy environment, it's in your best interest to keep things quiet so that you can develop and be born at a normal time. But if you encounter trouble in the form of an infection or inflammation, then that can trigger your dendritic cells and T cells to wake up,” said first author Michela Frascoli, PhD, a former postdoctoral researcher in MacKenzie’s lab, now an adjunct assistant professor at the University of Massachusetts Medical School. “Ultimately, it could be a defense mechanism to exit a hostile uterine environment.”

MacKenzie, a member of the Eli and Edythe Broad Center of Regeneration Medicine and Stem Cell Research at UCSF, has long studied the fetal immune system in the context of fetal stem cell transplants. She became interested in preterm labor during her own pregnancy, when she experienced a long period of bed rest because she was at risk of delivering her baby early.

“The medicines we use to treat preterm labor right now are just aimed at stopping the uterus from contracting. But at that point, the horse is out of the barn,” MacKenzie said. “What we really have to do is diagnose and treat fetal immune activation, which is probably starting weeks before the patient comes in with the uterine contractions.”

Her lab is now pursuing biomarkers in the mother’s blood that can identify whether the fetal immune system is activated and increasing risk for preterm labor.

This article was written by Laura Kurtzman and originally published by UCSF.