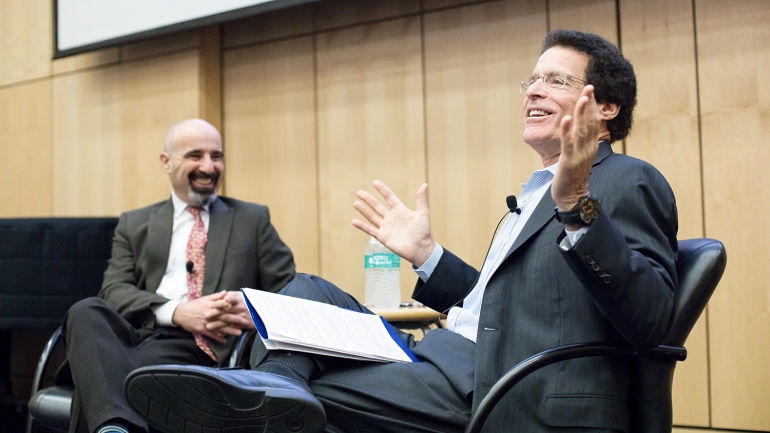 Health policies under the new presidential administration could bring widespread changes at the national and statewide level, according to Drew Altman, PhD, president and chief executive of the Henry J. Kaiser Family Foundation, who spoke about the topic at UC San Francisco on March 21.

In conversation with Andrew Bindman, MD, professor of Medicine and Epidemiology & Biostatistics, Altman spoke about the health policy changes that have been introduced or talked about since Donald Trump was elected president, including proposals to reduce Medicaid funding, an attempt to repeal the 2010 Affordable Care Act (ACA) and talk about cutting Medicare funding.

Altman, a leading expert on national health policy, said the proposals, which are changing daily, were almost a “health policy perfect storm.” 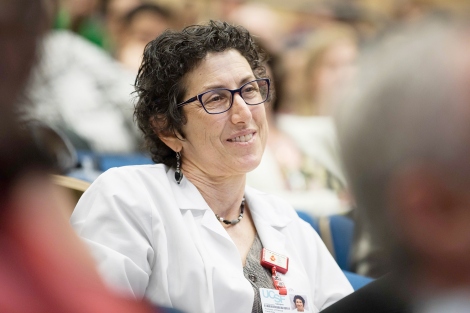 Rita Redberg, MD, MS, professor of Clinical Cardiology, listens to Drew Altman’s talk, which was sponsored by the Philip R. Lee Institute for Health Policy Studies. Photo by Susan Merrell Altman noted that while the debate about the ACA has stolen the spotlight, the changes to Medicaid are potentially more significant. Though details are still being debated, the cuts to Medicaid, the country’s largest medical funding program, could mean a $880 billion reduction over 10 years, which amounts to a 25 percent cut.

Saying that he is never cynical despite the current political climate, Altman said the details of the Medicaid changes get him closest to losing his “upbeat message.” Using California to illustrate what the changes mean to individual states, he said that proposed Medicaid cuts and changes to the tax credits would require the state to replace roughly $7 billion to $10 billion a year.

“It would be the perfect storm if they moved on to Medicare,” Altman said. He noted that the current proposals have implications for that program, but so far lawmakers have backed off from direct cuts there.

The proposed changes, Altman said, would amount to “fundamentally rewriting the social contract in health,” he said, bringing to the forefront “whether we are concerned about each other as a community or if everyone makes their own deal.” 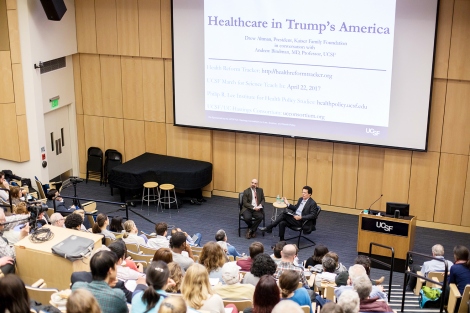 “It’s not that all the progress will be lost, but it will be a real struggle,” he said.

House Republicans on March 24 canceled a vote on the American Health Care Act (AHCA), which would have repealed and replaced the ACA. As written before the vote, the bill would have increased the number of uninsured Americans by up to 24 million. Though that bill seems off the table for now, Altman said some backtracking on health coverage may be inevitable.

Altman counseled the UCSF community to focus on particularly vulnerable populations: people with HIV, those who are homeless and women.

The public conversation with Altman was the first in a series of conversations and panels addressing the impact of healthcare reform, presented by the Philip R. Lee Institute for Health Policy Studies. The event was co-sponsored by the UCSF/UC Hastings Consortium on Law, Science and Health Policy.

This article was originally written by Mitzi Baker and published by UCSF.