Three Faculty Elected to American Academy of Arts and Sciences

Ashworth is president of the UCSF Helen Diller Family Comprehensive Cancer Center and E. Dixon Heise Distinguished Professor in Oncology. Cheng is professor of biochemistry and biophysics and a Howard Hughes Medical Institute investigator. Ingraham is professor and vice-chair of cellular and molecular pharmacology and Herzstein Distinguished Investigator in Molecular Physiology.

They are among the 214 new fellows and international honorary members elected to the 2019 class, which includes some of the world’s most accomplished scholars, scientists, writers and artists, as well as civic, business and philanthropic leaders. Among this year’s class are poet Elizabeth Alexander, gender theorist Judith Butler, former First Lady Michelle Obama, and actress and playwright Anna Deavere Smith.

Founded in 1780, the American Academy of Arts and Sciences is one of the country’s oldest learned societies and independent policy research centers, convening leaders from increasingly diverse fields to respond to the challenges facing the nation and the world. 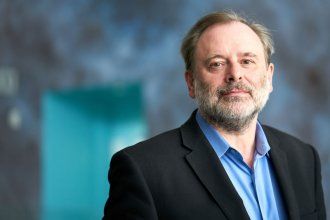 Ashworth is a translational researcher whose work has focused on understanding breast cancer genetics to improve the treatment and care of patients. He was a key part of the team that identified the BRCA2 breast cancer susceptibility gene that is linked to an increased risk for some types of cancer and later discovered how to kill BRCA-1 and 2-related tumor cells by treating them with PARP inhibitors. Several different PARP inhibitors are now approved by the Food and Drug Administration. Ashworth joined the UCSF faculty in 2014. 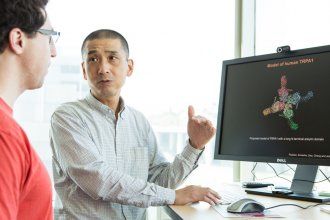 Cheng studies the three-dimensional structure of proteins using single particle cryo-electron microscopy (cryoEM). His technical innovations in cryoEM have allowed high-resolution views of macromolecular complexes in their native state, including atomic details of components, their spatial arrangements and interactions between them. In collaboration with the lab of David Julius, PhD, Cheng’s lab revealed the first structures of TRPV1, an ion channel in the membranes of nerve cells that detects temperature and the spiciness of chili peppers. Cheng has been on the UCSF faculty since 2006. 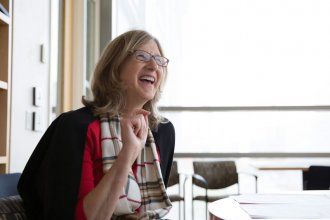 Ingraham’s research is broadly focused on the molecular mechanisms underlying endocrine tissue development and function. Recently, her lab has investigated how the female brain uniquely controls a wide-range of sex-specific physiological responses. Using mouse models, genomics, and pharmacogenetics, they have identified estrogen-sensitive neuronal modules important in locomotion, thermogenesis, reproduction and bone density. They have also studied how the intestinal epithelium senses inflammatory stimuli and communicates that information to the brain.

“One of the reasons to honor extraordinary achievement is because the pursuit of excellence is so often accompanied by disappointment and self-doubt,” said David W. Oxtoby, president of the Academy. “We are pleased to recognize the excellence of our new members, celebrate their compelling accomplishments, and invite them to join the Academy and contribute to its work.”

The new class will be inducted at a ceremony in October in Cambridge, Mass.

Election Angst? In States that Back Losing Nominee, Residents’ Mental Health May Falter

Climate Change Will Give Rise to More Cancers

There’s A Lot of Uncertainty Right Now – This is What Science Says That Does to Our Minds, Bodies