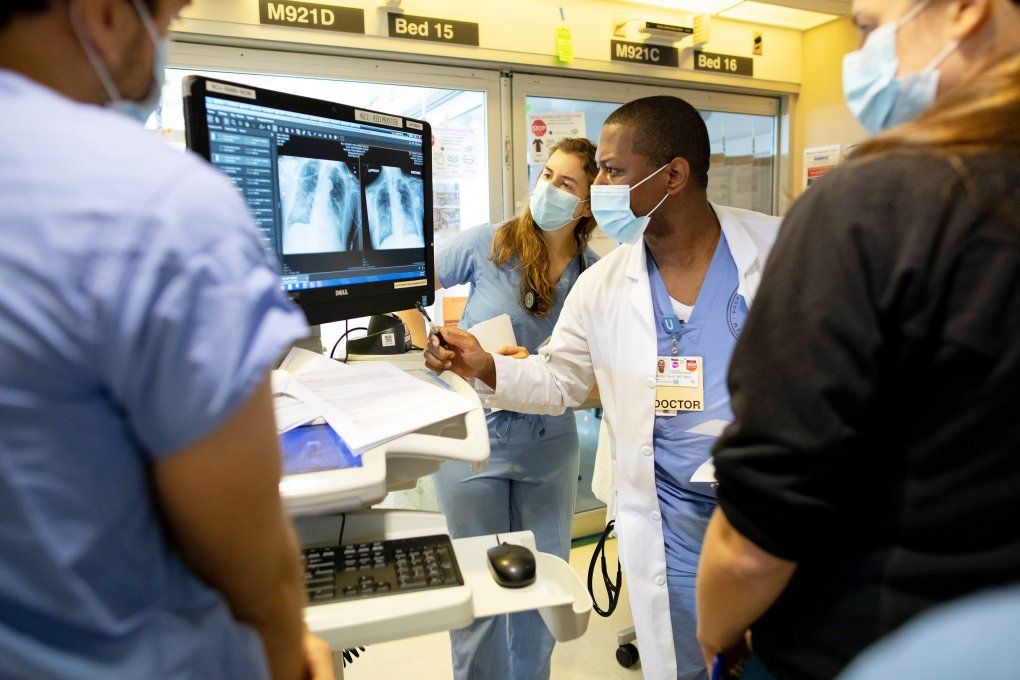 This year, U.S. News included a new diversity ranking, and UCSF was among four University of California medical schools to rank in the top 10. UC Davis was fourth, UC Riverside was sixth and UCSF tied with UCLA for ninth.

The depth and breadth of the UCSF School of Medicine’s expertise is underscored by its specialty education rankings. UCSF was the only medical school to rank in the top five in all eight of the areas covered by the survey.

“I would like to thank our faculty, staff, and learners for the outstanding work they do every day — but especially during these unprecedented and challenging times — to make the UCSF School of Medicine such an exceptional place to work, teach, learn, and discover,” said Talmadge E. King Jr., MD, dean of the School of Medicine.

“These rankings are a point of pride and an important recognition of that work,” King continued. “The real yardstick by which we measure our success is the impact we have had in transforming education for the physicians and scientists of the future, advancing cutting-edge research, and delivering high-quality, compassionate, and equitable care to patients,” he said. “Our performance in the new Diversity Index, which represents the goal of increasing access to medical education, is an important measure of the continued work we are doing to improve diversity, equity, and inclusion at the UCSF School of Medicine.”

The School’s ranking as one of the top master’s degree programs nationwide underscores our longstanding commitment to preparing nurses to lead in health care and health equity,” said Catherine L. Gilliss, PhD, RN, FAAN, dean of the School of Nursing. “As health care becomes increasingly complex, our steadfast commitment is to prepare our graduates to lead toward positive changes required to provide access to care and eliminate the health inequalities that have been so clearly demonstrated during the COVID-19 pandemic.”

Launched in 2018, the School of Nursing’s new Doctor of Nursing Practice degree program debuted in the U.S. News and World Report rankings at No. 28 out of nearly 200 DNP programs nationally. The nursing school anticipates the ranking to rise as the program’s academic excellence gains increased recognition.

UCSF’s Schools of Dentistry and Pharmacy, and the science programs within the Graduate Division, are also top ranked. U.S. News does not rank dental schools, and it did not rank doctoral science or pharmacy programs this year. Last year, the School of Pharmacy’s PharmD program was second among 134 schools and programs that offer Doctor of Pharmacy degrees.

The U.S. News rankings are based on data provided by schools, as well as information from surveys of school leaders. Other factors include the amount of funding that faculty receive from the National Institutes of Health; the rates at which graduates enter primary care residencies in family practice, pediatrics and internal medicine; how selective each school is in admitting students; and the ratio of full-time science and clinical faculty to medical students. Medical specialty areas are ranked based on ratings made by medical school deans and senior faculty at peer institutions.

The new diversity ranking is based on the proportion of students who come from groups that are underrepresented in medicine (URM), and for public schools like UCSF, how that compares to a state’s population. URMs include students who are Black or African American, Hispanic/Latino, American Indian or Alaska Native, and Native Hawaiian or other Pacific Islander.

The rankings are published in the magazine’s 2022 issue of “Best Graduate Schools.”