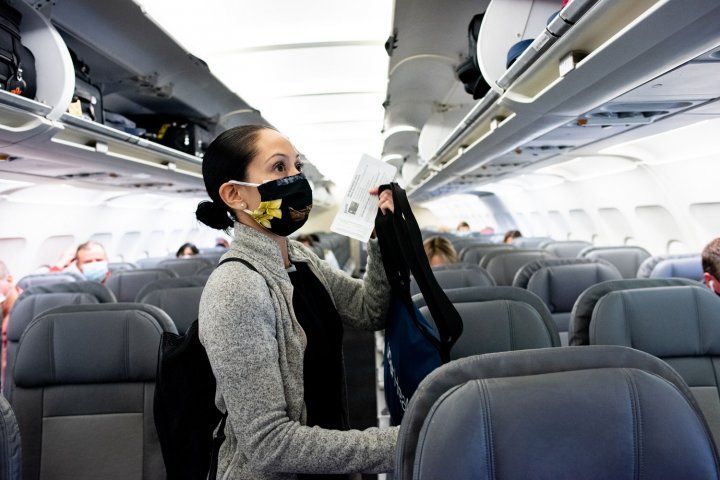 The volunteers, leaving for Navajo Nation today, will join 13 UCSF nurses and three physicians who have been working with local medical workers in Arizona and New Mexico for a month and have requested to extend their service for two to four additional weeks. Five other UCSF volunteers who have been in Navajo Nation since April are returning to San Francisco.

Navajo Nation is the largest U.S. Native American reservation, covering about 27,500 square miles – an area about the size of West Virginia – spanning the borders of Arizona, New Mexico and Utah, with a population of about 175,000. Since early March, it has experienced a disproportionate number of COVID-19 cases, stressing its health care system.

Navajo Nation leaders have taken strong action, including regional curfews, support for residents, and the highest per-capita testing rate in the nation, but numbers of cases have continued to climb. With 4,253 positive cases and 146 confirmed deaths reported as of Wednesday, May 20, Navajo Nation now has the highest per-capita case load in the nation, surpassing even New York State. By comparison, San Francisco has seen half as many cases and one-fifth as many deaths in a population five times larger.

In April, responding to a call from Navajo Nation President Jonathan Nez for health worker reinforcements, seven physicians and 14 nurses traveled to the Navajo Nation to begin a one-month voluntary assignment alongside Navajo health care workers in Indian Health Service hospitals in Chinle, Arizona, and Gallup and Shiprock, New Mexico. Thirteen of these nurses and three physicians will be staying on for an extended service, while the second wave of 19 UCSF volunteers will be working in two tribally run hospitals in Tuba City and Ft. Defiance, Arizona. Together these five sites represent the largest hospitals serving Navajo patients.

“The medical team from UCSF has been a blessing to the Navajo people,” Nez said. “Their resources, combined with our resources, have certainly saved lives during the time that UCSF has been on the ground here in Navajo Nation. We are truly thankful to their team for the relief and compassionate work they are providing to help fight COVID-19.”

The UCSF health care workers who are volunteering specialize in critical care, intensive care, acute care, hospital medicine and emergency medicine. In addition to providing health care support, UCSF’s volunteers will have the opportunity to learn from their colleagues and gain experience in responding to a sustained surge from a pandemic.

The UCSF effort is being coordinated through the UCSF Department of Medicine’s HEAL (Health, Equity, Action and Leadership) Initiative, a two-year global health fellowship focused on training and transforming health workers working in rural communities around the world. The HEAL Initiative brings together U.S.-trained physicians and health workers of all types from rural communities in the largest global health fellowship in the country. To date, 128 people have completed or are currently participating in the fellowship, which spans 19 sites in nine countries.

The HEAL Initiative has been working in the Navajo Nation since 2015. Fifty-two health care workers in Navajo Nation are current fellows or alumni of the UCSF fellowship, and 25 of them are Native American themselves.

“COVID 19 is tearing across the fault lines of inequity, ravaging communities already hard hit by historic and present day marginalization,” said Sriram Shamasunder, MD, associate professor of medicine at UCSF and co-founder of the UCSF HEAL Initiative. “Extensive public health efforts by Navajo Nation leaders have been complicated by a long history of poverty and neglect, including chronic understaffing and underfunding of the Native American health care system. As our teams provide support for the locally led health response during the surge, we must continue to ask why the pandemic is spreading so fast across the Navajo Nation and how these structural injustices can be addressed and repaired in the future.”

The University of California, San Francisco (UCSF) is exclusively focused on the health sciences and is dedicated to promoting health worldwide through advanced biomedical research, graduate-level education in the life sciences and health professions, and excellence in patient care. UCSF Health, which serves as UCSF's primary academic medical center, includes top-ranked specialty hospitals and other clinical programs, and has affiliations throughout the Bay Area.