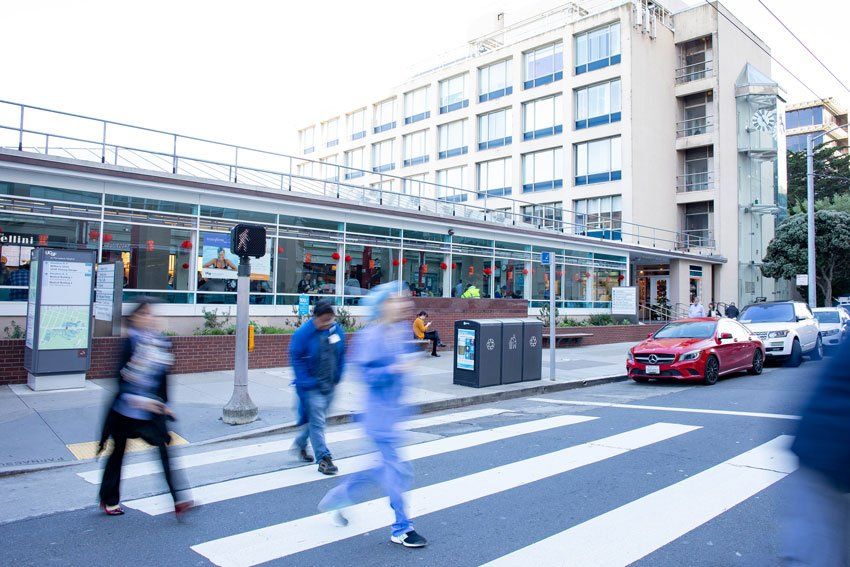 A 29-member task force assembled by Chancellor Sam Hawgood has released its recommendations for how UCSF can create a safe campus environment for all. Photo by Susan Merrell

In light of a national conversation on policing and race, UC San Francisco assembled a diverse panel to look at how it can create a safe campus environment for all by ensuring its policing and security protocols serve the community without discrimination, bias, or unnecessary use of force.

The UCSF Safety Task Force, which released its first report Nov. 13, has made nine recommendations on how UCSF can improve upon its policies and practices to ensure they are unbiased, just and fair-minded for all faculty, staff, learners, patients and visitors.

The 29-member task force, comprised of representatives from across the campus, UCSF Health and the UCSF Police Department, recommended that UCSF:

The recommendations are based on an initial review of data related to UCSF police and security personnel, current de-escalation methods to handle potentially disruptive situations, approaches to risk assessment in clinical settings and programs focused on mental health and well-being of the UCSF community.

“We’re not focusing on just reimagining the police. We’re trying to reimagine what it means to have an environment where people feel supported, safe, secure and welcomed. That’s the definition of safety,” said UCSF Executive Vice Chancellor and Provost Dan Lowenstein, MD, who co-chaired the task force along with UCSF Vice Chancellor, Diversity and Outreach Renee Navarro, MD, PharmD.

The key recommendation in the new report, Lowenstein said, is moving toward taking a holistic view of all of the services at UCSF that contribute to people’s safety – wellness, mental health, de-escalation, security and policing.

As an institution that focuses on education, health care and research and employs nearly 30,000 faculty and staff, in addition to many more patients and visitors who come to campus, UCSF operates as a small city in its own right – including its own police force and security guards.

Chancellor Sam Hawgood, MBBS, established the Safety Task Force in July “to ensure the safety and well-being of all who study, seek care and work at UCSF, as well as our surrounding communities.” In appointing the task force, Hawgood said, “Living up to our values of equity and inclusion for all communities require us to do the hard work. But, together, we can rise to the occasion and begin dismantling institutional racism.”

The Safety Task Force report is a critical component of the broader UCSF Anti-Racism Initiative, led by Vice Chancellor Navarro, to examine institutional and individual biases and take actions to dismantle system racism across UCSF’s mission areas of education, research and care delivery.

Navarro points out that everyone has a role to play in creating a safe and welcoming environment at UCSF.

“The history and persistence of racism, especially anti-Black racism, impacts our community and the work of this task force represents an essential element of the Chancellor’s anti-racism initiative. While this is a substantial step forward, we will continue to work across the campus and health system toward achieving an environment free of racism and discrimination. This ongoing work includes expanding unconscious bias training, addressing racism in our curriculum and enhancing recruitment and retention of faculty and staff using evidence-based practices to achieve equity.”

The task force presented an opportunity for faculty and staff across UCSF to have a candid conversation about policing that allowed members to share their unique perspectives.

For instance, Roberto Ariel Vargas, MPH, associate director of UCSF’s Center for Community Engagement, said that while he shared with the group his own experiences doing work to reform policing in San Francisco and his “lived and professional experiences in low-income communities of color in San Francisco,” he learned from nurses and others on the task force that calls for defunding or abolishing the police won’t work for them.

“The nurses have called to our attention that they would feel unsafe without the option to be able to call the police or security to protect them from attacks from hostile patients,” Vargas said. “Regardless of where my sympathies lie, I understand the leaders must balance the needs of all of us.”

Lowenstein said the task force carefully discussed the notion of what it would mean for UCSF to not have its own police department, but there was a strong consensus that this would not be in the best interests of the UCSF community. The group felt the University’s officers were far more in tune with UCSF’s mission and values, and were therefore more appropriate and measured in their responses to the community’s needs than those charged with the responsibility of policing in densely populated, large urban cities.

But task force members did urge UCSF to rethink what it means to protect members of the community and the role of police and security personnel. 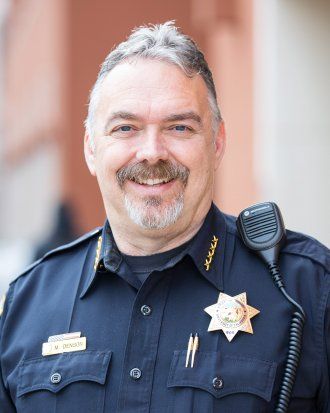 One idea already under way is for UCSF to reimagine security officers as “public safety ambassadors.”

“They are the first face many people see as they come into a UCSF building,” Denson said. “We’re going to redo those positions. Many of the job duties will stay the same, but we’ll add some ambassador functions. We’re going to make these roles a little less authoritative.”

Another recommendation already being implemented is requiring all members of the UCSF community to wear their identification badges, and possibly use them for entry into buildings. This simple act, already in place to control the spread of the coronavirus on campus, would help eliminate the need for security personnel to question whether someone belongs in a campus building. A number of employees and students of color have reported being on the receiving end of suspicion, which felt like an example of racial profiling and biased treatment.

The call for improved reporting and processing of complaints and concerns also was recommended in the University of California Presidential Task Force on Universitywide Policing report. The UCSF Police Department has completed all of its work and the remaining issues to be addressed in that report are the responsibility of the UC Office of the President.

The task force’s report represents only the initial phase of its work. Chancellor Hawgood and his leadership team will review and approve the recommendations. The task force will next develop an implementation plan.

“This is just the beginning of important multi-racial inter-disciplinary and inter-professional conversations about structural racism,” Denise Davis, MD, professor of medicine, said in an email for this story.