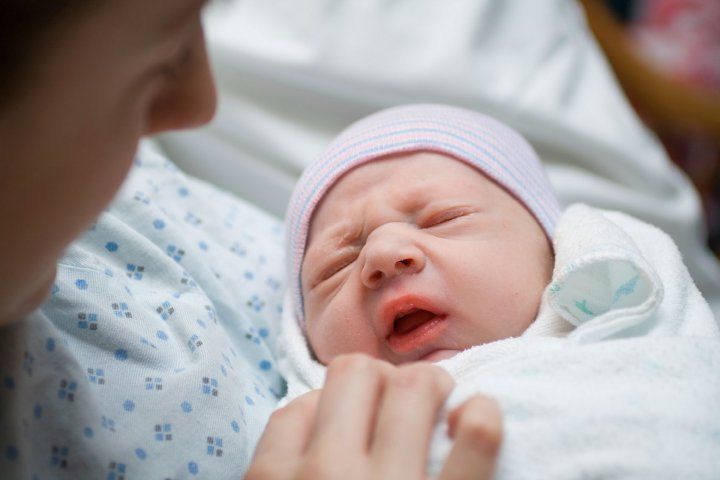 Infants born to women with COVID-19 showed few adverse outcomes, according to the first report in the country of infant outcomes through eight weeks of age.

The study, led by researchers at UC San Francisco, suggests that babies born to mothers infected with the virus generally do well six to eight weeks after birth, however there was a higher rate of neonatal intensive care unit (NICU) admissions reported if the mothers had COVID-19 up to two weeks prior to delivery.

The study is published as a prepublication accepted manuscript in Clinical Infectious Diseases.

“The babies are doing well, and that’s wonderful,” said lead author Valerie J. Flaherman, MD, MPH, associate professor of pediatrics and of epidemiology and biostatistics at UCSF. “When coronavirus first hit, there were so many strange and unfortunate issues tied to it, but there was almost no information on how COVID-19 impacts pregnant women and their newborns. We didn’t know what to expect for the babies, so this is good news.”

The prospective study is part of a national project led by UCSF called PRIORITY (Pregnancy Coronavirus Outcomes Registry), which began in March 2020, shortly after the pandemic erupted in the United States. The project is designed for pregnant women with suspected or confirmed COVID-19, with the goal of better understanding how pregnant and postpartum women and their infants are affected by the virus.

It’s known that pregnant women have alterations in their immune system that may increase the risk of severe illness from influenza viruses. In past outbreaks, women who contracted flu during pregnancy have been at higher risk for hospitalization, miscarriage or stillbirth, and their babies have had an increased likelihood of having birth defects.

While studies have reported that maternal SARS-CoV-2 infection increases the risk of preterm birth and can be transmitted from the mother to the infant, overall risks for the infants were not known and almost no information is available about how COVID-19 affects infants as they grow.

Of the 263 infants in total, 44 were admitted to a NICU but no pneumonia or lower respiratory tract infections were reported during the study. Among the 56 infants assessed for upper respiratory infection, it was reported in two infants with COVID-positive mothers, and in one with a COVID-negative mother.

Among infants born to mothers who tested positive, the estimated incidence of a positive infant SARS-CoV-2 test was low at 1.1 percent, and COVID did not appear to impact those infants, the authors said.

“Overall, the initial findings regarding infant health are reassuring, but it’s important to note that the majority of these births were from third trimester infections,” said senior author Stephanie L. Gaw, MD, PhD, assistant professor of obstetrics, gynecology and reproductive sciences at UCSF. “The outcomes from our complete cohort will give the full picture of risks throughout pregnancy.”

The researchers said the findings could help inform national and international guidelines and policies, but also noted some study limitations. Among those, tests for infection might be biased by false-positive or false-negative results. They also said that Latinas and Blacks were underrepresented in the study – in May, PRIORITY launched a new project to increase enrollment of underrepresented groups – and noted that further research is needed on infant incidence following maternal infection.

Funding: The research was supported by the UCSF National Center of Excellence in Women’s Health; California Health Care Foundation; the Centers for Disease Control and Prevention Foundation; the Bill and Melinda Gates Foundation; and individuals who provided financial support through crowdfunding.

UCSF Health is recognized worldwide for its innovative patient care, reflecting the latest medical knowledge, advanced technologies and pioneering research. It includes the flagship UCSF Medical Center, which is ranked among the top 10 hospitals nationwide, as well as UCSF Benioff Children’s Hospitals, with campuses in San Francisco and Oakland, Langley Porter Psychiatric Hospital and Clinics, UCSF Benioff Children’s Physicians and the UCSF Faculty Practice. These hospitals serve as the academic medical center of the University of California, San Francisco, which is world-renowned for its graduate-level health sciences education and biomedical research. UCSF Health has affiliations with hospitals and health organizations throughout the Bay Area.