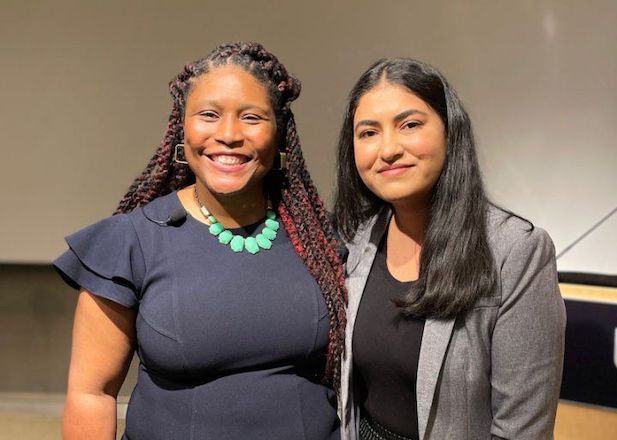 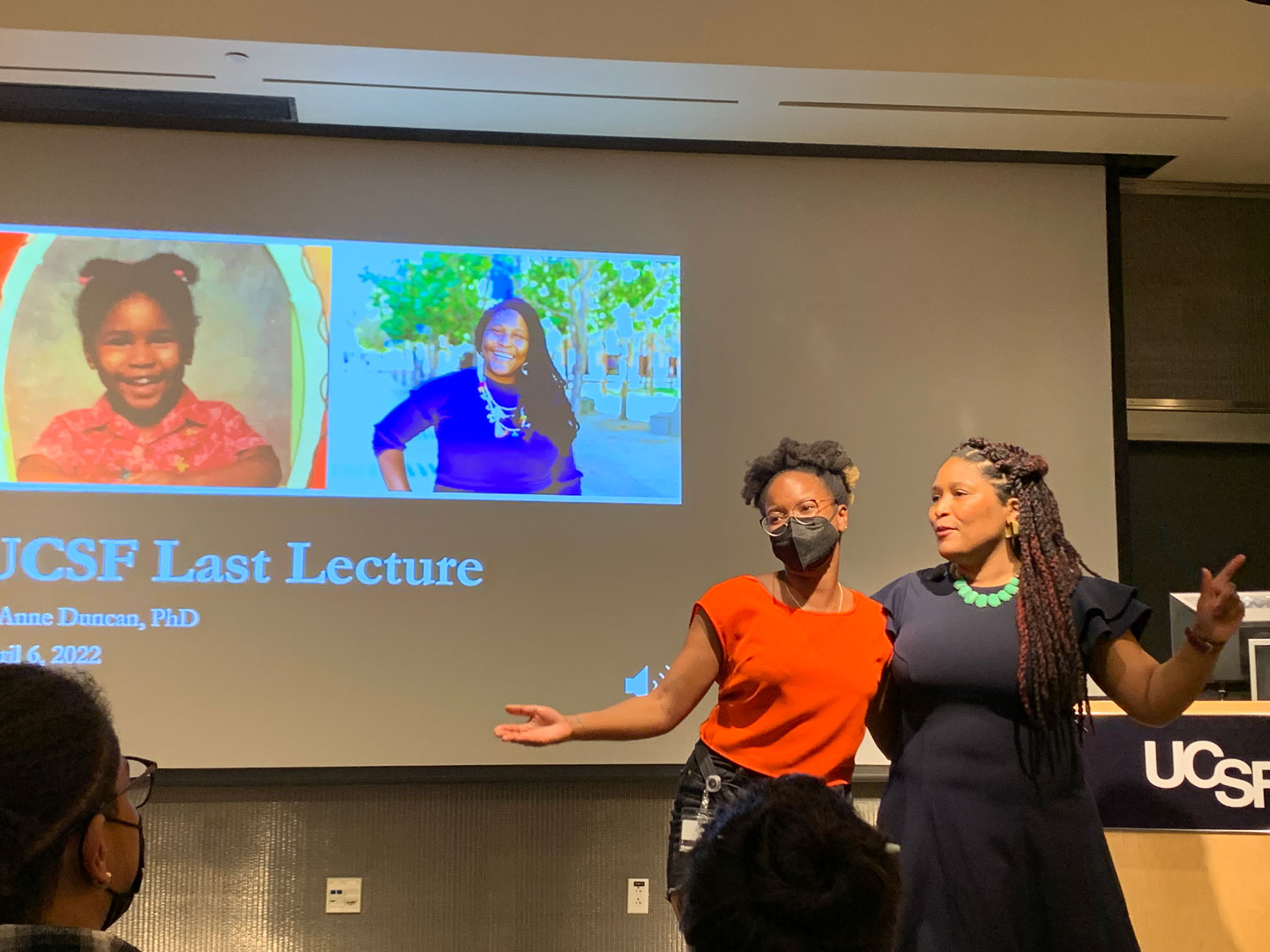 Dr. D’Anne Duncan (right) is the first black woman to deliver the UCSF Last Lecture, which she presented on April 6. Image by Mary Bradley

What’s your path? How do you find it? And how do you help others find theirs?

Trailblazing was on the mind of D’Anne Duncan, PhD, when she gave the 2022 UCSF Last Lecture during a live event April 6.

Duncan, an adjunct assistant professor in the Department of Social and Behavioral Sciences, has blazed some trails at UC San Francisco, as the first Assistant Dean for Diversity and Learner Success in the Graduate Division, and as the creator of the first-ever Justice, Equity, Diversity, and Inclusion (JEDI) Academic Leadership course.

She’s also the first black woman to deliver the UCSF Last Lecture, in which students elect a professor to answer the question, “If you have but one lecture to give, what would you say?” 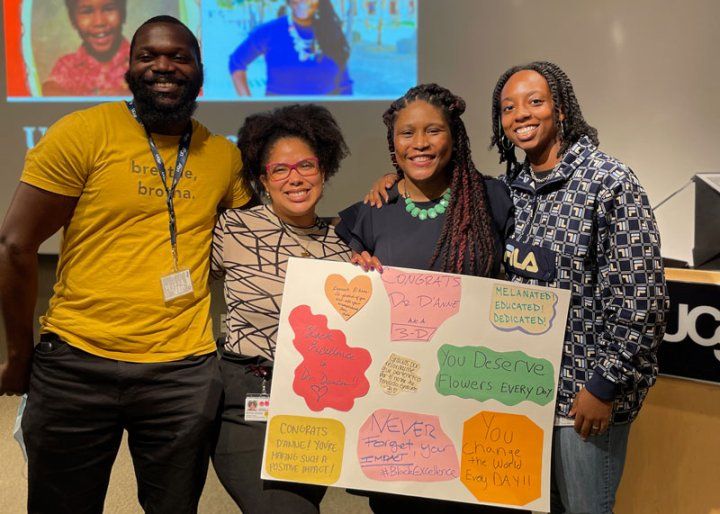 For Duncan, that meant retracing the path, or paths, of her own life, from an early decision to build a science lab for women to a love of neuroscience to a dedication to mentoring. Along the way, there was a brush with death that, she says, taught her trust.

One of the most crucial moments in her education was when her mother took her out of school. She spent the first 10 years of her life in San Antonio, TX, where her Caribbean-born parents met and where she was born. There, she grew up and fell in love with learning, but her father was in the Navy, so the family moved to Key West, Florida.

“In the second grade, we were in all these advanced classes,” Duncan said, but “the administrators and the teachers were trying to put all the black students in remedial classes once we entered the third grade.”

Duncan’s mother found out, removed her from school, and returned to Texas – separating the family.

“I have no doubt that that was a very difficult decision for my parents,” she said. “But my mom made that decision to remove me from the school since education was such an important pillar in our home. It was something that needs to happen. And she centered my needs, centered my education, at a really critical time.”

The lesson that I learned from that was the importance of advocacy, advocating, and centering other people’s needs, even though you may not know how it’s going to impact them in the future.

Duncan went on to earn her PhD in neuroscience from Northwestern University. She studied the nervous system’s immune responses, which inspired her in other ways.

“I loved the interdisciplinary work that I used to do in my research,” she said. “I loved how nuanced it was. And I loved the fact that I could blend two different systems together to ask very complex questions.”

And, while pursuing her postdoctoral training at Vanderbilt University on the neuroscience of the retina, she did exactly that – combining a love of science and mentorship.

“I was often mentoring a lot of undergraduates and PhD students in training,” Duncan said. “I then began to really think about how we can manipulate elements of the learning and training environment to enable our students to thrive. The other thing that I began to think about was how students who look like me and had experiences like me thrived in environments that weren’t necessarily designed for them.

“And so for me, it was about blending different disciplines together, and applying it to mentorship, justice, equity, diversity, inclusion, and community.”

As any path through life has its divergences, Duncan encountered hers in 2016, when she contracted severe appendicitis. “It was a really scary time. My family and friends were afraid that I wasn’t going to make it,” she said. “And for many reasons, I knew that I was. I knew that I had more to share with the world. And so I had to really trust the situation that I was currently in.”

As she recovered, her family was there to center her needs. “After that event, I also had to trust my parents. My parents moved in with me, and nursed me back to health.”

Months later, she was back on the trail. This time it took her to California, where she started at UCSF in 2017.

Or maybe it’s better to say that the various trails she’d been blazing converged at UCSF.

“I’ve already told you that I identify as a black woman, as a neuroscientist, and that mentorship is important to me,” Duncan said. “And you already know that I love school [and education].”

Here, she would put many long-simmering ideas into practice, developing the Justice, Equity, Diversity, and Inclusion curricula, and overseeing outreach initiatives and other programs to support students. “I needed to demonstrate that I was trustworthy. I had to show up with integrity, to mean what I say and say what I mean.”

And then – June 2020. “The world witnessed the murder of another black life due to police brutality,” she said. “I was single-handedly tasked with supporting some of our students, through their pain, through their trauma, through their frustration and their anger with these events.”

Here, Duncan’s path, her story, merged with a larger one the country was telling itself. She was helping students even as she was struggling with her own trauma over racism and misogynoir. “As summer 2020 raged on, I felt like our community became super divided,” she said.

The trust she had worked hard to earn saved her in the end.

“It was our students who kept me whole, championed for me, advocated for me, supported me, and took our community into a space of restoration,” Duncan said.

D’Anne Duncan’s path, she’d probably be the first to admit, wasn’t always clear or straight. But her mother’s example served her well: take care of others now. The rest will sort itself out, in time.

“The lesson that I learned from that was the importance of advocacy, advocating, and centering other people’s needs, even though you may not know how it’s going to impact them in the future.” 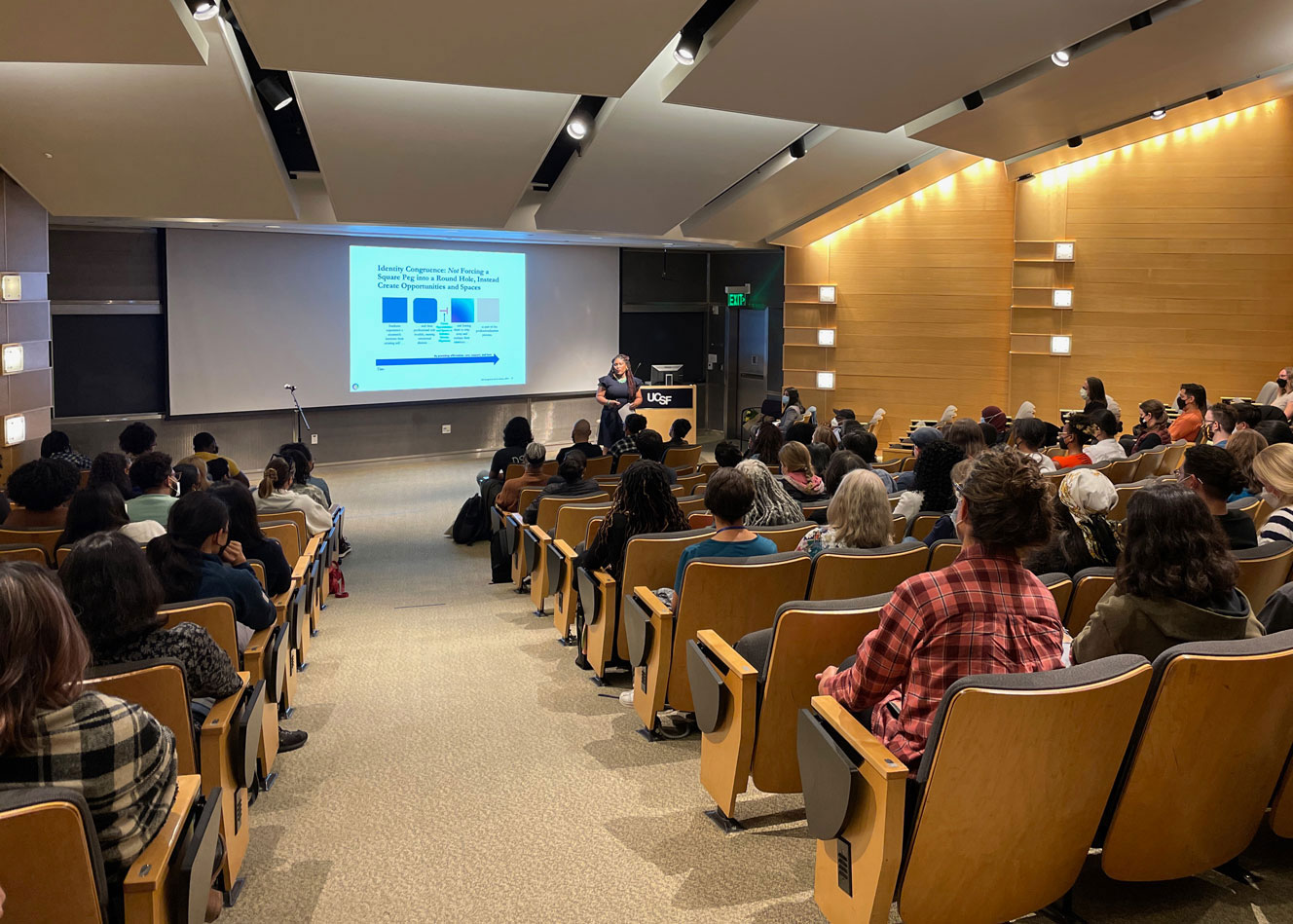