Projectile Use by Law Enforcement Results in Severe Injuries, Even Death 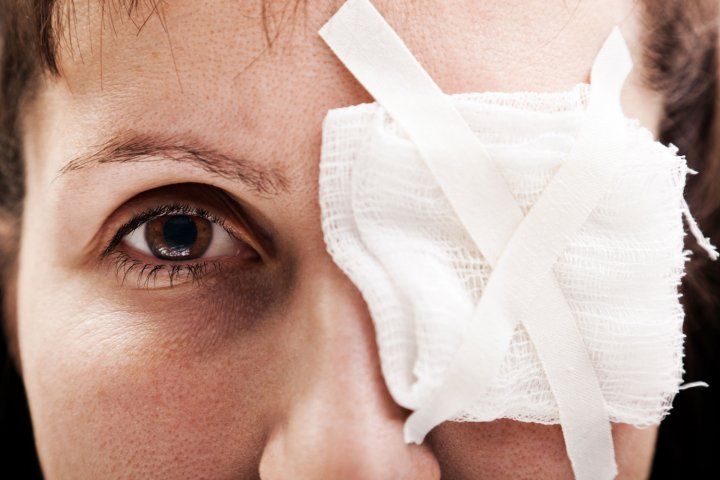 In response to the national outcry over law enforcement use of rubber bullets during ongoing protests of the death of George Floyd, the UC San Francisco Department of Ophthalmology launched a grass-roots virtual petition campaign on June 2, 2020, calling for a stop to this practice, which can result in blindness and other severe eye injuries, even death.

In parallel, the AAO had issued a statement on June 4 calling on domestic law enforcement officials to immediately end the use of rubber bullets to control or disperse crowds of protestors. It also asked physicians, public health officials and the public to condemn this practice.

“Thank you for your recent statement on the death of George Floyd and others, and the renewed commitment by the Academy leadership to build a society with fairness, justice and opportunity for all,” the UCSF petition cover letter states. “As you push ahead with this initiative, we would like to share with you the message of support that comes from those who have signed this letter, and we stand firmly with you advocating for law enforcement officials to immediately end the use of rubber bullets to control or disperse crowds of protestors.”

In recent days, law enforcement agencies have used tear gas, flash grenades, pepper spray gas and projectiles to control crowds of demonstrators demanding justice for Floyd. A 2017 British Medical Journal study with authors from UCSF found that 3 percent of people hit by rubber bullets died of the injury, and 15 percent were permanently injured.

When fired at close range, rubber bullets can penetrate the skin, break bones, fracture the skull, explode the eyeball, and cause serious brain and abdominal injuries. Rubber bullets fired at a distance decreases force and accuracy but increases the risk of shooting people in the face or hitting bystanders.

The impetus for the UCSF petition came from de Alba’s own personal experience and that of her colleagues. She was connected in March to the Chilean family of a 23-year-old man who sustained blinding injuries in August 2019 after being shot with rubber bullets during a protest but was unable to treat him.

“I remember thinking that I am so glad we live in a country where that doesn’t happen – where our own citizens would be mutilated while advocating for social justice,” de Alba said. “Unfortunately, just a few weeks later, I started seeing similar reports in the news and from colleagues around the country. This country.”

From those stories and concerns by colleagues, de Alba worked with UCSF ophthalmology leadership to research and prepare the open letter, which was signed by 200 people in the first two hours after posting. It has been reopened to solicit signatures from a broader group of physicians from other subspecialties.

The UCSF petition notes that while tear gas and pepper spray may carry a lesser risk of blinding ocular trauma, there are still numerous reports of severe eye injuries from close discharge of gas canisters and direct spray into the eyes. This petition complements an open letter by the University of Washington, with guidance from Peter Chin-Hong, MD, professor of medicine in the UCSF Division of Infectious Diseases, that received more than 1,300 signatures nationwide advocating for an anti-racist public health response to demonstrations against systemic injustice during the COVID-19 pandemic.

About UCSF: The University of California, San Francisco (UCSF) is exclusively focused on the health sciences and is dedicated to promoting health worldwide through advanced biomedical research, graduate-level education in the life sciences and health professions, and excellence in patient care. UCSF Health, which serves as UCSF's primary academic medical center, includes top-ranked specialty hospitals and other clinical programs, and has affiliations throughout the Bay Area.